Chompus is a RuneScape player that can mostly be found at Soul Wars. He is known as one of the best mage tank/hybrid at SW, undefeated in combat.

The rise and fall of Chompus 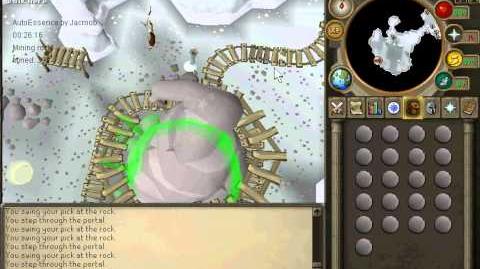 0vz is beast (first name) was a PKing pure that used to leech Eskimos Inc at Swoul Wars. He was only level 70 at that time, so the friends chat kicked him a lot, because it was level 115+. Eventually they ranked and allowed him to join, even while he did not have the requirements for it. This was because they felt he was good at PvP, and they saw his potential to become one of the greatest. 0vz is beast became a loyal Eskimos Inc member, but there was a problem. Eskimos Inc got betrayed by Redwine who was a captain in the friends chat. She joined a rival clan named fire souls and a few other members like Princebumpy took the same path. Fire souls lead by Kingsantiag0 was growing, but they still could not destroy the Eskimos, this is why they needed a secret weapon. Kingsantiago decided to lift the siege until they would find one. Meanwhile Eskimos Inc was trying to get ready for the next battle, but they did not have to wait long. Fire souls came back within a week. They discovered a secret weapon, it was a mix of toadflax and a crushed nest. The Saradomin Brew was made, it changed everything.

The Saradomin Brew was made, and SW was going into a new era: Mass brewers. The first mass brewer known was Kingsantiag0 (we still do not know how he funded this). He used this tactic to defeat Eskimos Inc with Darius Silve, another mass brewer. Together santiag0 and Darius were unstoppable. 0vz is beast was only level 70 and they could not stop it. After their defeat a lot of Eskimos Inc members left and joined Legends crashers who were based in world 6. 0vz is beast decided to join fire souls after he got an invite from a rank.

0vz is beast joined fire souls, and after months of leeching, he was level 120 and he decided to change his name to Chompus. Chompus was planning to take revenge when he would become a high level. This changed however, and he became friends with the Fire Souls leaders (redwine/kingsantiag0). The Doom scenario, he became a slave.[clarification needed] Now that he was chained, Kingsantiag0 thought that it would be a time of peace without enemies, but he thought wrong. Darius Silve created ancientsouls and started to unite all anti nwo forces.[clarification needed] He camped Eskimos Inc and started creating worlds. Legends crashers in world 6 (given to by darius) were growing in numbers, and fast. At a certain point, legends crashers had 400 people and Fire souls 200, the balance was gone. Kb24 Peanuts (leader of LC) decided to launch an attack on Fire souls, it took them only 4 hours to make them kneel (weakened by Darius's army). Chompus was already level 125 at this time and could have stopped them, but he was sleeping when it happened. Fire souls which was a neutral clan, decided to join NWO in an alliance of 9 clans. They did not have much of a choice because without help, Legends Crashers would have destroyed them. Not everyone liked this move though.

No room for negotiation

Fire souls decided to join NWO after Legends crashers threatened to extinct them. Chompus was furious because he hated NWO even more then LC. He gave Kingsantiag0 3 days to break the alliance, or else he would join LC (LC was at war with NWO). 3 days passed, Chompus decided to leave fire souls, after this he fought NWO for months with no success. He tried everything, but there was no way he could win this war. All hope was gone, the only way to beat NWO was with the help of a god. A warlord called oSARUMANo appeared, he sieged NWO and massacred everyone on his path. You can still see scars of the devastation he left behind (Edgeville).

When NWO was taken care off, LC could start growing more but that is not what happened, Chompus decided to make make a new Friendschat, together with Darius Silve (owner of all crashers(ccs/fcs) and united alliance). They reopened Ancientsouls without asking Saruman for permission, because they knew that the SW god wouldn't like the plan. oSARUMANo wanted to get rid of all friends chats, that is why he destroyed NWO.

Unfortunately princebumpy (also known as Judas) discovered their plan and informed Saruman about it.

Saruman told princebumpy to leave him, and stay away from Soul Wars. Princebumpy tried to hide, but Chompus and his spies trailed him and managed to catch him at a place called Sophanem. They took him to Nardah were he faced trial and torture due to the leaking. Meanwhile Saruman was raising an army in the north that would wipe out Soul Wars for good. While Saruman was preparing for battle, Chompus forged an elder sword in the darks woods of Canifis which could be used to get rid of Saruman. The only weapon that could kill a god. Chompus sneaked into Saruman and his camp and stabbed him while he was sleeping, this is how he himself became a god.

What followed was a civil war between both sides that is still going on to this day.

This story depicts real events and real characters, it is based on the accounts of several writers.

Retrieved from "https://rsplayers.fandom.com/wiki/Chompus?oldid=92918"
Community content is available under CC-BY-SA unless otherwise noted.