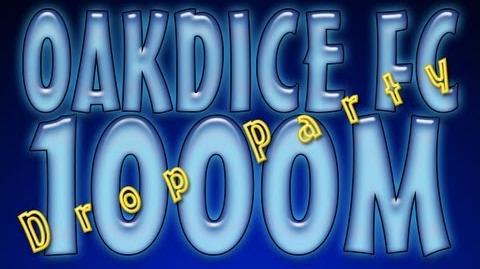 Cube is an ex-host on RuneScape who now enjoys 2007scape, and gives out 100 million daily on his YouTube channel "Oakdice". He often makes videos about PvPing or dicing.

Cube started in the Friends chat "Fear one" and ever since has grown his bank to extraordinary values of over 30billion. Ever since the huge growth of wealth, Cube decided to start a youtube channel called oakdice give away his coins / items to the runescape community. Cube's explosive and hyper personality attracts people to see more and more of cube's content.

In 2012 Cube became the founder and owner of the Oakdice channel.

Cube enjoys to player kill, And does competitions with other youtubers such as green and blue altair. Even tho cube owns in alot of his videos, he seems to show it off acting supreme in pvping often quoting to own sparc mac in pvp (Famous pker)

After leaving "Fear one", Cube decided to try his luck at "Bolt" fc. However, Bolt was banned and left Cube and his fellow hosts stranded without a friend's chat. Cube created his own fc called "Oakdice", although shortly after creation, Jagex banned all forms of player controlled gambling. The "Oakdice" fc still exists, however it's only for chatting purposes.

Cube every day does a f2p drop party of 100-300m, and hosts a runescape lottery of for all runescapers of up to 100m to thoese who comment a number of 1-1000 on each of his recent daily videos, Cube also does 1b drop partys on sundays but might not continue due to the flowers ban.

Retrieved from "https://rsplayers.fandom.com/wiki/Cube?oldid=39278"
Community content is available under CC-BY-SA unless otherwise noted.