Drowns is a RuneScape player who is well known for his skilling, and for having 200m XP in every skill except Defence.

In October, 2016, he achieved his goal of obtaining 200m XP in all skills with 45 Defence.[3] He has every skilling pet, and has obtained the Jack of all Trades title.[4] 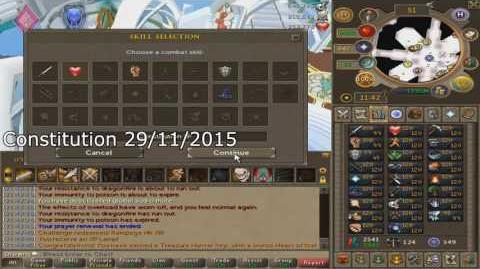 Drowns obtaining the Dahmaroc statue in his POH.

Drowns obtaining the Jack of All Trades title.
Add a photo to this gallery

Drowns is a PvMer as well as a skiller, and is going for the Insane Final Boss title. He has 23 out of 33 boss pets.

Retrieved from "https://rsplayers.fandom.com/wiki/Drowns?oldid=89069"
Community content is available under CC-BY-SA unless otherwise noted.