Janceguy (also know as Dan) is a RuneScape player. He is maxed in every skill and has all 185 quests complete and 338 Quest Points. He is also one of the few elite runescape players to have green skin. As of October 2011 he is 2496 overall on the highscores, 2047 in duel tournaments, 739 in bounty hunter rouges, 1864 in fist of guthix, and 156,740 in Dominion Tower. Janceguyis often seen in OSRS.

Janceguy started playing runescape in 2004, when his brother told him about the game he then decided to give it a try. Jance first 99 was achieved in 2005 when he reached 99 strength, later on he got 99 defence and by October of 2011 he maxed his combat stats. From 2011 until 2012 he continued training his stats. He is currently rank 1903 in the highscores, he has the completionist cape and 120 dungeoneering. Jance is famous for being a good player, nearly everyone knows him and he is always happy to help anyone, he can usually be found in world 50, where he hangs out with his friends. Jance rarely has private on, mainly because many people want to speak with him and he can't add everyone. You can enter his clan chat janceguy , He's sometimes in it. 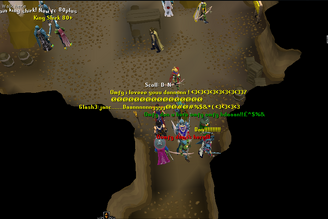 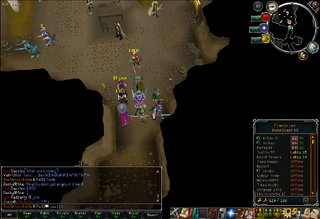 Janceguy (dan) a good shot of his completionist cape 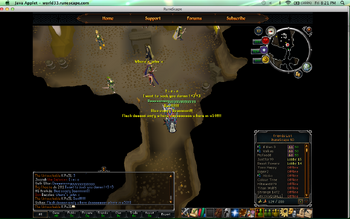 Add a photo to this gallery
Retrieved from "https://rsplayers.fandom.com/wiki/Janceguy?oldid=64597"
Community content is available under CC-BY-SA unless otherwise noted.