Jawn, aka Jon, is a player that started playing RuneScape around late 2009. He struggled to gain levels and casually played until late 2012. He quit in 2012 because of EOC combat. He then came back late 2013 and decided to give EOC another try. He found out he loved the new combat and how it worked. Falling in love with Vorago, he slowly made a bank for himself to play around with. When the cosmetic master skill capes were released he went and got himself 120 Mining because he loved the cape and its blue particles!

He achieved the Max Cape on 3/6/2014, and the Completionist cape on 3/22/2014. Currently he is going for the trimmed completionist cape. He does not particularly like to gain a lot of experience but if he has to do so to get a goal of his, he does it with no problem. 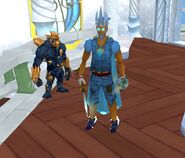 Jawn and his vitalis 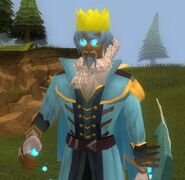 One of Jawn's late outfits! 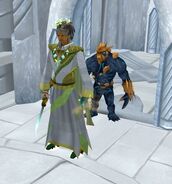 Jawn on the RuneScape hiscores
Jawn on RuneMetrics

Community content is available under CC-BY-SA unless otherwise noted.