L6vi was the first player to ever kill a moderator (Andrew) in the Wilderness.

L6vi was the second player ever to achieve level 99 Cooking. 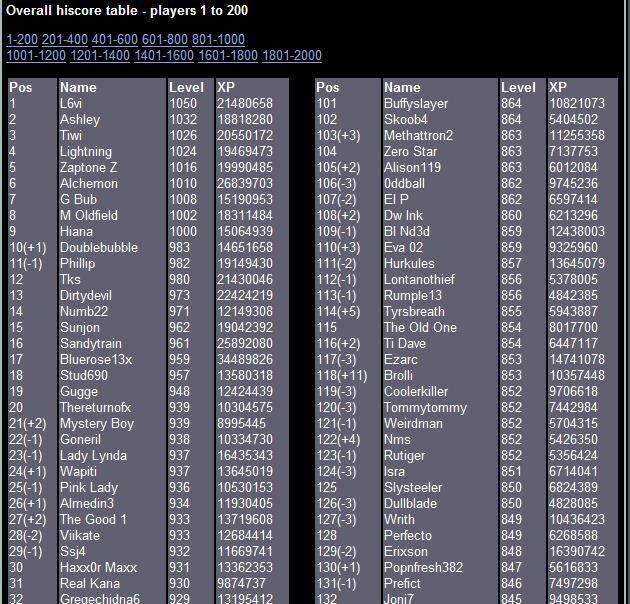