Lisaa is a Runescape player known for her work on RuneScape Discord servers, making free RuneScape artwork, and being one of the creators of the CLF Championship. She started playing in 2011, and is still active today.

Lisaa (LisaaRS#2604) may be best known for her work on RuneScape Discord servers. On July 28, 2017, Lisaa created the community server FashionScapers. The server was a popular success, gaining over 120 members from the very first invitation that was posted to the RuneScape Reddit. Over time, the server continued to increase in size, and as of April 2020 has more than 3,800 members.

The FashionScapers server has received numerous acclaims for its management and community. FashionScapers emphasizes that its staff are there to promote a friendly environment in the server, rather than police the community. Leadership of the server has been praised for evaluating server rules based on immediate context, as opposed to set-in-stone policies.

Lisaa was also an early advocate for a moderation system known as "proactive moderation" or "preemptive banning," a practice which is now commonplace among RuneScape Discord Servers. Under this system of moderation, a server may ban an individual from their community based on issues that occurred prior to their joining, or issues that occurred in-game or in other Discord servers. This system of moderation has allowed RuneScape Discord Servers such as FashionScapers to preemptively ban people from their communities who have been identified as a danger to their communities. Despite early criticism of this practice, preemptive bans are now a standard used by Discord communities, and has been widely accepted to help curb spam and phishing attempts that often raid RuneScape servers. Furthermore, many modern surveys have suggested that the community now widely accepts the practice, with one survey indicating that 92% of the players in the FashionScapers Discord believed that the level of moderation "is perfect right now."

Outside of the FashionScapers Discord server, Lisaa also serves as staff, advising, or support for several other RuneScape-based Discord servers. They are listed below:

On February 10, 2016, Lisaa launched a Twitter-based project to provide unique Runescape character artwork for anyone who requested it. The project began with the 3-D Adventurer's Log model and applying a filter over it to give the appearance of being sketched. This became extremely popular, and soon she was creating several images like this per day.

A few days after beginning her initial artwork, Lisaa expanded to using different photo editor softwares, which allowed her to create her line of "cartoonized" images, in addition to other editing styles.

On February 14, 2016, Youtube videomaker Sir Mikkel placed a request for two artwork pieces. While Sir Mikkel enjoyed the artwork, one of his followers seemingly lashed out on Twitter against Lisaa, claiming she was trying to deceive people in that the "sketched" images were in fact faked and created using software. Lisaa responded confirming what the person had said about the use of software, but added that she had never attempted to deceive people into believing the artwork was sketched, and in fact had mentioned to usage of software on multiple occasions. She summarized the post and reminded the person that this was a free service, so even if there was any deception taking place, it came at no cost to people who were receiving artwork.[1]

Shortly after this, Lisaa was contacted by FlagArmada Productions, a Runescape Machinima channel, who requested propaganda-type poster artwork for use in their series The Resistance.

The concept for the Championship started when Freud and another forum member joked about fighting each other in-game at some point. Lisaa chimed in with a joke about a Duel Arena Championship for the Clan Leaders Forum, and even provided details for this "mock event." Realizing the idea could be a serious event, Freud convinced her to create the CLF Championship and to let him assist in it. A concept thread was created to discuss how it would be structured, and within a week a sign-up thread was created.

The first championship took place in February 2015. The event had a significant turnout rate, and is considered to be a large success. Lisaa live-streamed the event on her personal Twitch account, and towards the end of the event, Mod Maz joined the Twitch chat to discuss the possibility of future Championships and if she could assist in them.

After a few weeks of planning, Lisaa and Freud, helped by new assistants, Calm Enigma and Ratatoskr, launched the second CLF Championship, scheduled for June 21, 2015. This event would be different from the original - it would be open to the public even though it retained the name of "CLF Championship."

In the weeks leading up to the event, Mod Lee and Mod Jon offered their help in planning it. Mod Lee live-streamed the event on his personal Twitch channel, and Mod Jon provided the reward to the winner - signed concept art.

The event was also a massive success, with over 100 posts on the sign-up thread, along with people discovering the event via the event notice on the Game Clock. The event lasted approximately two hours from start to finish.

Lisaa is currently in the process of writing a trilogy series of books titled Raze, along with associated short-stories.

The story of Raze is set in the Seventh Age of Gielinor, after the second God Wars are over and peace has returned to Gielinor. In the closing months of the Sixth Age, the World Guardian (named Lord Thanatos, in this lore adaption) led a military campaign across Gielinor with an army of his followers and allies. The final battle of the Sixth Age, the Battle of the Kharidian Desert, proved to be a decisive victory for the World Guardian and his followers. With the battle came the deaths of several gods and notable figures, and also asserted Gielinor's independence from divine influence. It is said that during the battle, Saradomin challenged the World Guardian to a duel and lost, resulting in his own death. In the days following the battle, Armadyl and his followers voluntarily left Gielinor via the World Gate after negotiating with the World Guardian, while Zamorak and Zaros were forcibly banished. As reward for protecting Gielinor, the Elder God Jas named Thanatos the "Elder Guardian," and granted him powers to recreate the barrier that surrounded Gielinor in the Fifth Age, bringing the world into the Seventh Age.

For the next fifteen years, Gielinor was plunged into chaos. Bands of former Temple Knights attacked outlying towns and villages, control of the Kingdom of Misthalin was usurped during a rebellion in Varrock, a plague known as "Zamorak's Rose" was sweeping across the planet with a 75% fatality rate, and clans were forming and claiming territories as their own. To maintain order, the World Guardian reformed his army into a clan of his own to help restabilize governments. The clan was heavily criticized for forcing its own interests on reformed governments and clans, and relations quickly turned sour between the guardian's clan and the clans governing regions within Kandarin after the fall of the Thoros monarchy.

In a surprise move, the leading clans of the Kandarin region formed a coalition with Misthalin clans to invade the Asgarnian region, which was highly destabilized as a result of bitter in-fighting among the clans there, who were simultaneously fighting off ex-Temple Knights and Kinshra deserters. The World Guardian attempted to intervene, and war broke out soon after, with clans siding between The Coalition and the Multileague - the clan alliance formed by the World Guardian to oppose the Coalition. The Multileague would become victorious after the reinvention of the Clan Citadel, but the World Guardian went missing following the destruction of his Citadel, and was tragically presumed dead. Following the events of the war, the Multileague's newly formed Elder Council determined that independent clan governance was a threat the world could no longer afford, and ordered the remaining clans of Gielinor to surrender themselves to the Multileague's authority and to adopt their laws.

The first Raze Novel is set approximately ten years after the war has ended. Gielinor has been rebuilt from the atrocities of the "Great War," and appears to be in a period of relative peace and stability. However, that peace is suddenly disrupted when one of the Multileague's clans falls victim to a massive terrorist attack that leaves hundreds of its members dead. Initially suspecting rogue ex-clan members, the Multileague begins to quickly discover that more powerful forces may be at play.

The second and third books are to be set along the same story arc, but it has been confirmed they will not follow a chronological order of events. 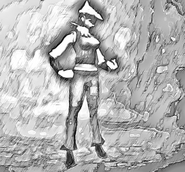 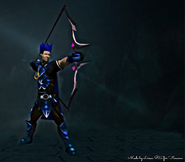 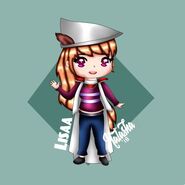 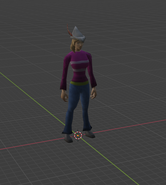