Makaveli (previously known as Makaveli 93) is a Serbian RuneScape Top Ranked Player who has 200m XP in all Skills and owns a Trimmed Completionist cape and a Master quest cape.

He is the 17th player to reach 200m XP in all Skills and the 16th to achieve 5.2 billion XP on April 10th 2015. He also hasn't used any Treasure Hunter MTX for this achievement, one of very few players to do so.

Makaveli is also the Clan Leader of "E".

Makaveli's highest ranking in overall XP is #13. His highest overall rank is #1. He was the 15th person in the game to achieve 3 billion Overall XP and the 13th to 4 billion XP.

He was the 10th person to acquire 20 200m skills, the 17th to achieve level 120 in All Skills and also the 10th to max out all of the Combat Stats. He was also the 21st person to achieve 99 Divination and briefly held rank 3 in the skill afterwards.

Makaveli formerly had the most Overall Clan XP (over 4.8b) in the game.

He has an Old School RuneScape account named Makaveli II which is maxed with over 1 billion XP.

Makaveli achieving 200m in all Skills, being the 17th player to do so 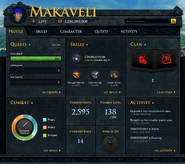 Makaveli's Alog after 200m all Skills and Trim Comp Cape 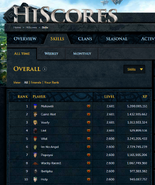 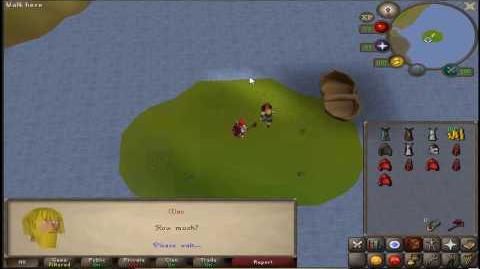