Sinful Heart (Ange) is a female character who joined Runescape in August 2009 from New Zealand, before moving to Australia in October 2013. She spent most of her 2-3 years of gaming in world 141, Clan Wars, but hasn't returned since the EOC update in 2012. Previously nominating world 24 as her home world, she can now be found in world 50 (Australian world) or 77 (Dungeoneering world).

Her first 99 was Firemaking, achieved on the 21st of August 2010, exactly one year since joining Runescape. She achieved her Max and Completionist Cape in May of 2014, with Agility as her last 99 and Ports as her last Comp requirement. Her intention was to gain Completionist with Agility, but obtained 99 accidently using a shortcut during Penguin hunting.

She can now be found Slaying her way to 120, or Dungeoneering out of boredom. 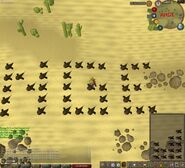 "Ange" Made out of burnt Monkfish. 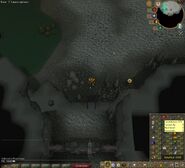 A glitch upon logging in. 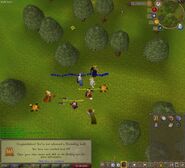 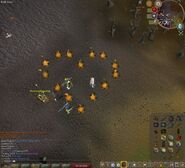