Zayd Jaber (also known as Akihisa-Kun) is a player of RuneScape who is the founder and current leader of the clan Redux  . He is ranked #24,321 in overall xp in the game with 337,086,584 experience. His alternate name is a direct reference to the anime Baka and Test: Summon the Beasts.

Zayd Jaber was once part of a clan known as "Blazing Gods." It was a clan forged by the bond of players who had known each other for many years. Zayd was part of these players even during the times when friends chats were used as clan chats. He was extremely close friends with their leader xBlazingGodx for several years, and was an Organiser in the clan, the highest rank besides the leader himself at the time. However, due to xBlazingGodx becoming more frequently inactive due to schooling, Blazing Gods began to die out. Zayd took notice but at his rank did not have the ability to revitalize the clan at his rank. After devising a plan to create his own clan instead of taking charge of Blazing Gods for various reasons, Zayd consulted with his friend and leader of the clan and was given a green light to branch off and found a brand new clan, one that would remain active and attain glory.

On May 10th 2012, 5 members from Blazing Gods were taken to help found the clan. Zayd Jaber himself, Tamar TheGod, NoWhammyStop, The Sifu , and after being given full support to take the reigns of the future of the clan, xBlazingGodx nobly stepped down and away from Blazing Gods to become the 5th founder of the new clan.

After over 2 hours of deliberation, a name was decided upon. The clan was to be called "Redux." Redux is a word derrived from Latin, meaning revitalized, brought back or reborn. A fitting name for the situation in which it was founded, they decided.

Since that day, the original founders have come and gone, but Redux continues to thrive as a clan carrying a legacy and a bright future, all while Zayd sits atop as leader to ensure the forward progress.

Ever since the Falador Massacre occurred on June 6th of 2006, Zayd has hosted tributes to those who were slaughtered in Falador Square by gathering people and planting flowers. He has hosted said events every year since 2006 and continues to do so until this very day.

Zayd gathered some players to enact vengeance on the King Black Dragon for all of the souls lost since its arrival on Gielinor. Everyone used full bronze (full helm, platebody, platelegs, boots/leather, gloves/leather) and their choice of dual bronze daggers or a bronze dagger and anti-dragon shield in order to properly humiliate the dragon. Once the Dragon was felled, Zayd announced he would be hosting the event annually.

Every year on the anniversary of his clan's founding, May 10th, Zayd hosts a large scale party that anyone can join. Drop parties, combat, and a plethora of other activities go on as players from all over Runescape join in on this massive celebration!

Zayd is an American actor who currently resides in California, USA. His other interests include fitness and his education. 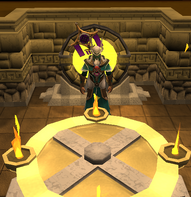 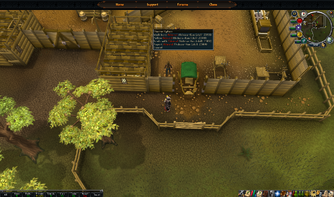 Zayd, as Akihisa-Kun Spotted at the Sawmill!

Retrieved from "https://rsplayers.fandom.com/wiki/Zayd_Jaber?oldid=74160"
Community content is available under CC-BY-SA unless otherwise noted.